Being able to stitch up a seam can be easy enough, but exactly what seam do you need to stitch up? Without a proper cut-out piece of fabric, the sewing skill won’t be as useful. How does one cut up fabric into pieces of a piece of clothing or product?

The answer is simple: sewing patterns!

If you’re just starting out, having sewing patterns handed to you can be quite daunting — there are so many types of sewing patterns out there, each of them with their own set of markings. One might even decide to go without and cut fabric freehand without a pattern. While it might look easier at the start, using sewing patterns can change your whole sewing journey!

In this article, we’ll cover the basics of using sewing patterns, everything from choosing the right ones to reading them and sewing from them. Let’s get into it!

What Are Sewing Patterns?

First of all, before we get more in-depth talking about sewing patterns, let’s cover the basics: what are sewing patterns? Generally speaking, a sewing pattern is a type of guide to sewing a garment or product, and they consist of various parts that make it up. They’re usually flat pieces of paper with drawings on top of it and they’re to help you cut out the shape of the fabric.

If you’re buying sewing patterns, they usually come with a set of instructions on how to put and assemble the pieces together, from step one to step…however many steps it takes.

Can you see how much easier sewing patterns make your sewing journey?

As I mentioned before, there are quite a few sewing patterns out there to choose from — with such a saturated market, it can get quite confusing. I’m the type of person that wants to know it all and understand every single detail of each pattern, so believe me when I say I get more than overwhelmed.

I end up just making my own sewing patterns from scratch.

If you’re just starting out, don’t worry too much about making your own patterns. People are selling them for a reason: to make other people’s lives easier. Before you get into buying the first set of sewing patterns you see, we’ll guide you briefly on what to look out for when choosing the right sewing patterns for your sewing projects.

There are generally two things: buying and sizing.

Of course, the first thing we need to do before we can use sewing patterns is to buy them. There are two types of sewing patterns on sale: paper patterns and digital patterns, usually in the form of PDF.

A paper pattern is the traditional type. This kind of sewing pattern is usually a pattern that’s printed on a large piece of paper. Sometimes, you get instructions printed on them as well, which makes things even easier. If you purchase sewing paper patterns from the bigger brands, you’ll get patterns on silk paper, which is more expensive but easier to work with. The smaller brands use heavier paper — like the ones we normally use for our home printers. In my opinion, it doesn’t really make a difference, so don’t spend twice as much when you can get cheaper just for the sake of the texture.

The digital patterns are the ones available in PDF format, and this kind is getting more and more popular. When you buy a digital pattern, you can usually print it at home using your standard A4 size sheets of paper — you would need to assemble the pieces of paper together using tape. You could also go to a printer shop and print the PDF out on A0. Instructions also come together with the digital patterns, but usually not on the pattern itself but on a separate document.

I personally think it doesn’t matter which type you buy, just because it has more to do with personal preference. I’ve been using paper patterns all my sewing life, so I’m more used to that, but I’m not opposed to using digital ones — I’ve used them before, too, and they’re just as good.

What matters more is the sizing. You can buy tons of sewing patterns but at the end of the day, you won’t be able to wear them because they’re too big or too small. So of course, you have to take your measurements before going out and getting some.

Generally, the measurements you would need are:

Honestly, if you can, just measure the whole body. You’ll be able to buy more accurate sewing patterns for your garments.

On the market, there are also multi-sized patterns. This basically means that the sewing patterns come in a range of sizes — for example, it gives you UK6 to UK8, and depending on what size you are, you’ll use that pattern size.

I quite like this type of pattern because you can make a few sizes from one purchase — you’re making it worth your money. This is perfect if you’re thinking of making clothes for not only yourself but your friends and family. One thing about this type of pattern is that you don’t cut out the sizes, but instead you have to trace out the size you want on a separate piece of paper. That can be quite a hassle.

One thing to note when it comes to buying the right sizes is to make sure that there’s allowance in measurements. Allowance refers to the extra measurements, so the garment is a bit bigger than your actual body size. This not only gives your own physical body some room to maneuver, but also gives you a bit of excess fabric while sewing. If you make a mistake, you don’t have to worry as much as compared to if there’s no allowance in the pattern — in that case, you’d have to sew extremely accurately.

So, we’re going to move on to the next part, which is how to read sewing patterns. There are tons of markings on sewing patterns, regardless of where you buy them from. Generally, they will all have some sort of universal markings to indicate what is what. On sewing patterns as well are step-by-step instructions, which is a sewist’s best guide to piecing together a garment, beginner or not.

First of all, you need to know what a grain line is. This is usually a double-pointed arrow (can be a single arrow) that tells you which direction to lay the pattern on the fabric. Since all fabrics have two types of thread, the warp threads and the weft threads, the grainline has to go together with the warp threads since it’s stronger.

Basically, you should align your grainline parallel to the selvedge of the fabric, which is the non-frayed edge (or the top or bottom of the fabric roll).

This marking depends on what kind of sewing pattern you bought. This is usually indicated by dots or dashes, and it shows you the edges of the pattern. Some patterns have seam allowances included in the pattern, so then you wouldn’t have to worry about it as much. If the pattern doesn’t have it, which is not as common, then you would need to add them before cutting your fabric.

We’ll talk a bit about seam allowances in a bit.

If a cutting line is a line that you cut on, a stitching line is where you stitch on. This line is usually a broken line, but sometimes there are other symbols next to it like arrows and sewing feet to indicate what you should use. You should stitch in the proper direction, following the direction the arrow is pointing to — while it’s not as important in my opinion, it’s always good to follow the rules when you first start off.

Briefly mentioned before, seam allowances are the extra measurements outside the pattern piece all around. It’s a guide of how far the edge of the fabric is to the stitch line. Some sewing patterns won’t have a seam allowance symbol, which is usually a line and a squiggly bracket.

I typically have my seam allowances at 1cm or 1.5cm.

Notches are triangle or diamond-shaped symbols that indicate where the seams should match up. This is quite a crucial marking, as it guides you while you’re sewing and make sure that the seam lines are as accurate as possible.

Darts are intakes of fabric in certain areas to accommodate our natural body curves. This is also one of the most important symbols on a sewing pattern. You would need to fold and stitch according to the pattern so that your garment fits you nicely.

If you see dots on the patterns, this usually means that it’s where you should add pockets or where collars should join. Sometimes, it can also mean that you can add gathers so that two pieces of fabric can join smoothly together. Your instructions will tell you exactly what it means.

A zipper marking is usually a zig-zag line, and it’s just where a zipper goes.

So now that you know how to read the sewing patterns, what about sewing from them? A simplified flow is: lay the patterns on the fabric, cut, and sew. It’s that simple!

Pin them down before cutting, so that when you do cut, it doesn’t shift around and you get the most accurate cut-out pattern fabric.

After cutting, you can also use chalk to indicate which piece is what. This saves the hassle and confusion when you’re sewing. Make sure to transfer any markings like notches and darts.

So there you have it — a comprehensive yet easy guide to using sewing patterns. Now you can go out there and get yourself a couple, and start using them like a pro! 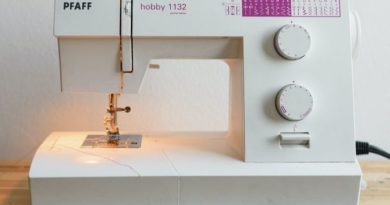 The Simplest Guide: How To Set Up A Sewing Machine For Beginners

How to Learn Sewing: Best Guide for Beginners 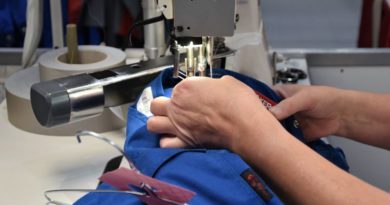 How to Sew Clothes: Step-By-Step a Beginner’s Guide